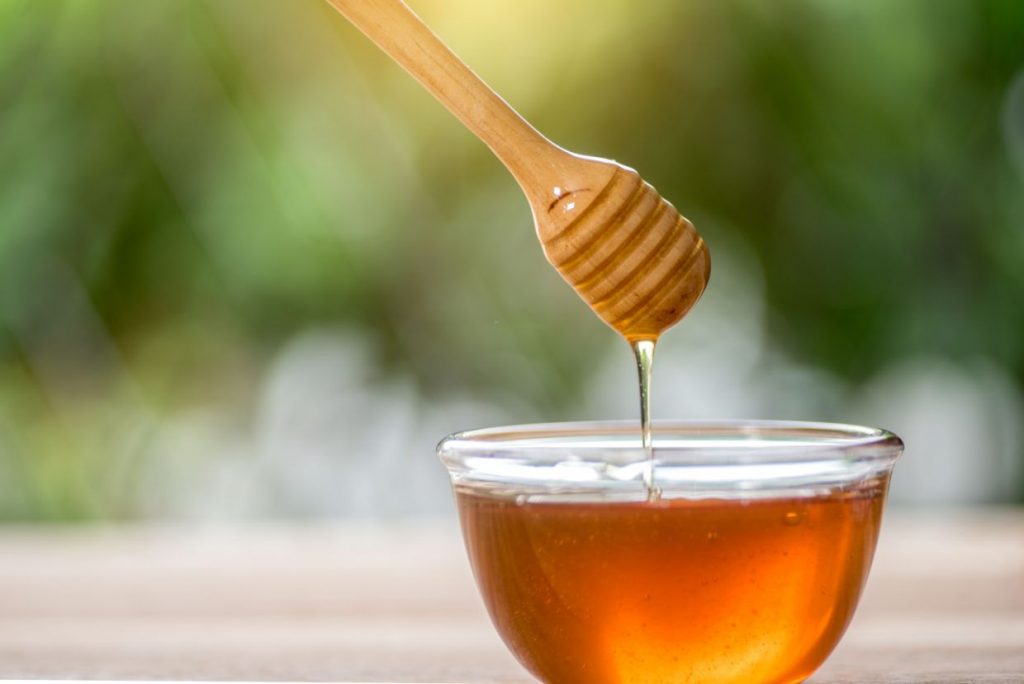 Honey is not just tasty, it is also really useful in medicine because it has antibacterial properties, which means it can be used to kill germs.

Layering minute amounts of Manuka honey between layers of surgical mesh acts as a natural antibiotic that could prevent infection following an operation, new research has shown.

Now scientists have been looking into how honey sandwiched between layers of mesh could help people who have had operations avoid getting infections.

Engineers and scientists at Newcastle and Ulster University put small amounts of Manuka Honey between layers of the surgical mesh used in operations and added electricity to make it into a coating.

The coating on the mesh stops bacteria from growing for up to three weeks as the honey is slowly released.

Dr Piergiorgio Gentile, biomedical engineer at Newcastle University, said: “Mesh is implanted inside the body to provide stability while the internal tissues heal.

“Honey has been used to treat infected wounds for thousands of years but this is the first time it has been shown to be effective at fighting infection in cells from inside the body.”

Meshes are used to help promote soft tissue healing inside the body following surgery and are common in operations such as hernia repair.

However, they carry with them an increased risk of infection as the bacteria are able to get a hold inside the body by forming a biofilm on the surface of the mesh.

Skin and soft tissue infections are the most common bacterial infections, accounting for around 10% of hospital admissions, and a significant proportion of these are secondary infections following surgery.

Currently, any infection is treated with antibiotics, but the emergence of antibiotic resistant strains—or ‘super-bugs’ – means scientists are on the hunt for alternatives.

Sandwiching eight nano-layers of Manuka honey (with a negative charge) between eight layers of a polymer (with a positive charge), the international team of scientists and engineers led by Dr. Piergiorgio Gentile at Newcastle University, UK, and Dr. Elena Mancuso, at Ulster University, showed it is possible to create an electrostatic nano-coating on the mesh which in the lab inhibits bacteria for up to three weeks as the honey is slowly released.

Publishing their findings today in the academic journal Frontiers in Bio-engineering and Biotechnology, the team says the study highlights the potential benefits of infusing medical implants with honey.

“Mesh is implanted inside the body to provide stability while the internal tissues heal but, unfortunately, it also provides the perfect surface for bacteria to grow on. Once the bacteria form a biofilm on the surface, it’s very difficult to treat the infection. By sandwiching the honey in a multilayer coating on the mesh surface and slowly releasing it, the aim is to inhibit the growth of the bacteria and stop the infection before it even starts.

“These results are really very exciting. Honey has been used to treat infected wounds for thousands of years but this is the first time it has been shown to be effective at fighting infection in cells from inside the body.”

Dr. Mancuso, a lecturer within the Nanotechnology and Integrated Bioengineering Centre (NIBEC) at Ulster University, adds:

“Although numerous antibiotic-based coatings, constructed through layered approaches, and intended for the development of antibacterial implants, have been investigated so far, it has been found that the effect of antibiotics may decrease with time, since antibiotic resistant bacteria may potentially develop.”

Honey has been used to treat infected wounds since ancient times, and thousands of years before the discovery of bacteria.

Most honey is believed to have some bacteria killing properties because it contains chemicals that produce hydrogen peroxide.

However, in 1991 a New Zealand study showed that when you remove the hydrogen peroxide from a range of honeys, Manuka—made from nectar collected by bees that forage on the wild Manuka tree—was the only type that kept its ability to kill bacteria. This is due to the presence of a unique ingredient, now identified as methylglyoxal, which has specific antimicrobial properties.

Tested in-vitro on different soft tissue cell lines to test their bio-compatibility, the meshes were exposed to a range of common bacterial infections such as MRSA, Staphylococcus and E coli.

“Too little honey and it won’t be enough to fight the infection but too much honey can kill the cells,” explains Dr. Gentile. “By creating this 16-layerd ‘charged sandwich’ we were able to make sure the honey was released in a controlled way over two to three weeks which should give the wound time to heal free of infection.”

Dr. Mancuso adds: “With our study we have demonstrated the promising combination of a naturally-derived antibacterial agent with a nanotechnology approach, which may be translated to the design and development of novel medical devices with advanced functionality.”