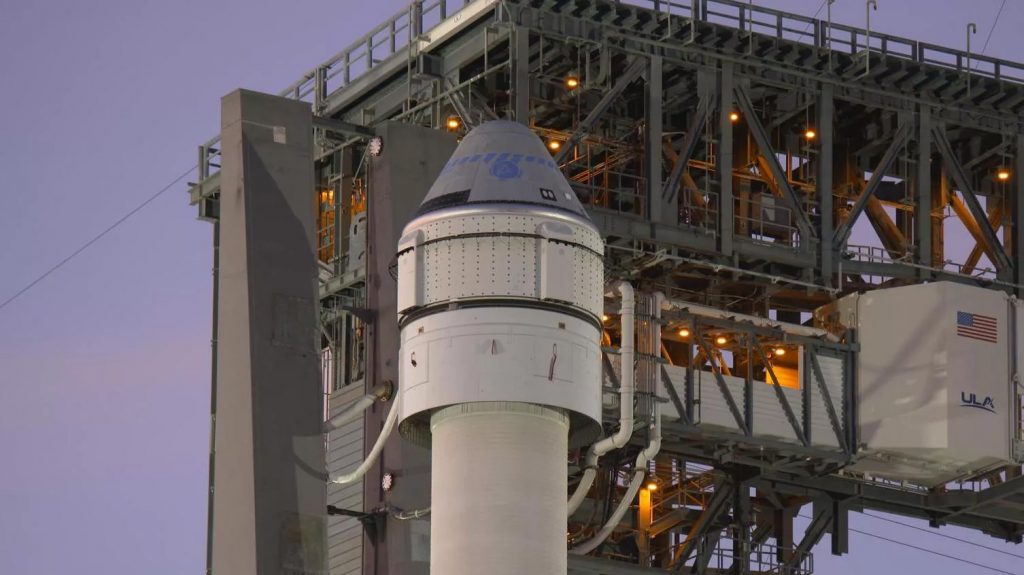 SpaceX did it in March, heralding the beginning of a new era in human spaceflight. Now it’s Boeing’s turn to show it can fly a spacecraft, designed for astronauts, from US soil. If successful, the mission will pave the way for a crewed launch in 2020, taking American astronauts to the International Space Station (ISS) for the first time since 2011.

Boeing is set to launch its uncrewed CST-100 Starliner capsule with an assist from a United Launch Alliance Atlas V rocket on Friday, Dec. 20, from Cape Canaveral Air Force Station in Florida. Boeing and NASA are aiming for a 3:36 a.m. PT (6:36 a.m. ET) liftoff time.

There are multiple ways to follow the action as Starliner prepares to make history. ULA is running a launch blog with live updates, and will also share a webcast.

NASA TV will air a livestream starting at 2:30 a.m. PT on Friday. “Meteorologists predict an 80% chance of favorable weather for liftoff,” NASA tweeted on Thursday.

This is a key moment for NASA’s Commercial Crew Program, which is looking to launch astronauts from US soil to the ISS for the first time since the shuttle era ended in 2011. Boeing’s Orbital Flight Test is the equivalent of the uncrewed SpaceX Crew Dragon mission that successfully reached the ISS earlier this year.

SpaceX is now working toward launching actual astronauts into space. Boeing will need to ace the OFT before it takes the next step of welcoming humans on board Starliner.

If Starliner stays on schedule, the capsule will dock with the ISS early Saturday morning. It will stay with the station until Dec. 27 before returning to Earth.

“This test flight will give us valuable data about Starliner’s performance in the actual environment through each phase of flight and demonstrate its capability to transport crew to the space station and bring them home safely,” said NASA OFT mission manager Trip Healey in a statement Monday.

The Commercial Crew Program has hit many delays along the way, but successful tests of the SpaceX and Boeing capsules would put human spaceflight on track for 2020.