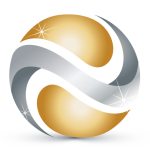 Active 1 hour, 22 minutes ago
The Black Death (also known as the Pestilence, the Great Mortality, or the Plague) was the deadliest pandemic recorded in human history. The Black Death resulted in the deaths of up to 75–200 million people in Eurasia and North Africa, peaking in Europe from 1347 to 1351. The influenza pandemic of 1918–19, also called the Spanish flu, las […] View