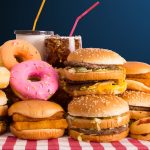 In a bid to fight obesity, public-health researchers have been trying for decades to find a way to convince teenagers to skip junk food and eat healthily, to little avail. One of the biggest obstacles is the enormous volume of food marketing kids are exposed to every day. That marketing is designed to foster strong positive associations with junk food in kids’ minds and to drive overeating—and research has shown that it works.

Now, a new study from the University of Chicago Booth School of Business finds that a simple and brief intervention can provide lasting protection for adolescents against these harmful effects of food marketing.

“Food marketing is deliberately designed to create positive emotional associations with junk food, to connect it with feelings of happiness and fun,” said Bryan.
Among the two biggest findings in the experiment: The intervention produced an enduring change in both boys’ and girls’ immediate, gut-level, emotional reactions to junk food marketing messages. And teenage boys, a notoriously difficult group to convince when it comes to giving up junk food, started making healthier food and drink choices in their school cafeteria.

A preliminary study took place among eighth graders at a Texas middle school in 2016. The researchers went into classrooms and had one group of students read a fact-based, exposé-style article on big food companies. The article framed the corporations as manipulative marketers trying to hook consumers on addictive junk food for financial gain. The stories also described deceptive product labels and advertising practices that target vulnerable populations, including very young children and the poor.

A separate, control group of students received traditional material from existing health education programs about the benefits of healthy eating. The researchers found that the group that read the exposés chose fewer junk food snacks and selected water over sugary sodas the next day.

In the new study, released today, teens first read the marketing exposé material, and then did an activity called “Make It True,” meant to reinforce the negative portrayal of food marketing. The students received images of food advertisements on iPads with instructions to write or draw on the ads—graffiti style—to transform the ads from false to true.

The latest study, which used a new sample of eighth graders, found that the effects of the marketing exposé intervention endured for the remainder of the school year—a full three months. The effects were particularly impressive among boys, who reduced their daily purchases of unhealthy drinks and snacks in the school cafeteria by 31 percent in that time period, compared with the control group.

This relatively simple intervention could be an early sign of a public-health game changer.

Appealing to teenagers’ natural impulse to “stick it to the man” and their developmentally heightened sense of fairness may finally provide a way for the public-health community to compete against dramatically-better-funded junk food marketers. This brief, inexpensive, and easily scalable intervention appears to provide lasting protection against the enticing power of junk food marketing, and to change eating habits for the better.

“Most past interventions seemed to assume that alerting teenagers to the negative long-term health consequences of bad diets would be an effective way to motivate them to change their behavior,” said Bryan. “That’s clearly a problematic assumption. We thought it could be the main reason why no one has been able to get teenagers to change their eating habits in a lasting way.”

What is unclear is whether the similar purchases meant that neither intervention improved girls’ dietary choices or that both were effective in girls, but for different reasons. The researchers suspect that, while traditional health education is completely ineffective at changing boys’ behavior, it might influence girls’ choices because it mentions calories, which might trigger social pressure to be thin. If that is the case, it suggests the exposé might be a preferable option for girls too because it achieves similar results with less risk of body shaming.

“This study shows it’s possible to change behavior during adolescence using a light-touch intervention,” said Yeager. “Adolescence is a developmental stage when even the lengthiest health promotion approaches have had virtually no effect. Because so many social problems, from education to risky behavior, have their roots in the teen years, this study paves the way for solutions to some of the thorniest challenges for promoting global public health.”

“Food marketing is deliberately designed to create positive emotional associations with junk food, to connect it with feelings of happiness and fun,” said Bryan. “What we’ve done is turn that around on the food marketers by exposing this manipulation to teenagers, triggering their natural strong aversion to being controlled by adults. If we could make more kids aware of that, it might make a real difference.”