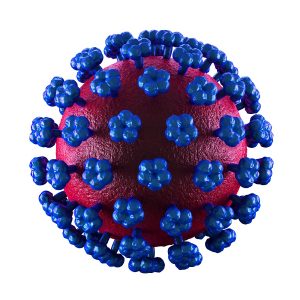 Contact with feces or urine from an infected multi-mammate rat is the primary way Lassa fever spreads.

At least 43 people have died and 450 people are ill in a Lassa fever outbreak in Nigeria, according to the World Health Organization.

Lassa fever, an acute viral hemorrhagic illness, is endemic in most of West Africa, especially Nigeria, where it was discovered in 1969. Symptoms can be mild or severe, including hemorrhaging in the gums, eyes or nose.

Person-to-person transmission is low but has been seen in Nigerian hospital settings, where four health workers died within five weeks during this outbreak.

The WHO said Tuesday that from January 1 through February 4, there have been 450 suspected cases reported, and 132 of those have been laboratory-confirmed. However, a report released Sunday by the Nigeria Centre For Disease Control said that as of February 11, there were 615 reported cases, with 193 of those confirmed, and it put the number of deaths at 57. The discrepancy could be due to a delay in reporting data to the WHO.

A surge in infection
More than 100 people died and 501 suspected cases were reported in Nigeria between December 2016 and June 2017, according to the WHO. Lassa fever has been spreading at an unprecedented rate in southern Nigeria.

The WHO says the high number of reported cases in the new outbreak is “concerning,” and it is investigating and scaling up responses in southern Nigeria.

“We are observing an unusually high number of cases for this time of year,” said Dr. Wondimagegnehu Alemu, the WHO representative in Nigeria.

“Among those infected are 11 health workers, four of whom have died,” the WHO said in a statement. “WHO is advising national authorities on strengthening infection, prevention and control practices in healthcare settings.”

Dr. Chikwe Ihekweazu, director of the Nigeria Centre for Disease Control, says three things may be driving the recent outbreaks: First, Nigeria’s growing population and its dwindling land have brought individuals closer to the disease host, the multimmamate rat. In addition, there is improved detection of cases.

“Nigeria’s growing population density worsened, which is worsened by lack of hygiene in its cities, are some factors driving this present outbreak,” Ihekweazu said.

“Rats are not attracted to clean environments, and our cities are not the cleanest of places.”

How Lassa fever spreads
Touching, eating or sniffing foods and other household items that have been contaminated by multimammate rat feces or urine are a primary way the disease is transmitted to humans.

“Rats move closer to humans during drought, when they can’t forage for food in the forest,” said Dr. David Heymann, professor of infectious disease epidemiology at the London School of Hygiene and Tropical Medicine.

“Rats move into houses to eat rice and other grains and urinate or excrete on food products, and when that is eaten, that’s one of the ways humans also get infected.”

Casual contact with an infected person without exchange of bodily fluids does not spread the virus.
Heymann says human-to-human transmission can occur in hospitals where infection control guidelines are not effective.

“A symptomatic patient in a hospital can transfer to another person,” he said. “It won’t be clearly obvious to health workers that it is Lassa fever. However, if they touch the sweat or a sick patient vomits on them, they may be infected.”

Not everyone infected with the virus will become sick.

According to the US Centers for Disease Control and Prevention, 80% of those infected will have a mild disease or no symptoms, 20% will get sick and only 1% will die.

There is no vaccine to prevent Lassa fever. The antiviral drug ribavirin is known to be an effective treatment when taken in the early stages of illness.

Unprepared health systems
Benin, Liberia and Sierra Leone have all reported cases of Lassa fever over the past month, according to the WHO.

Dr. Oyewale Tomori, a professor of virology at Redeemer’s University in Nigeria and the former regional virologist for the WHO’s Africa Region, says that although heightened human-to-rodent contact plays a role in transmission, delayed diagnosis of cases in health systems and failure to institute ideal infection-control practices in hospitals have caused a surge in cases.

“Preparedness is the key. Get disease surveillance up and running. Equip and provide reagents and other resources for laboratories. Increase public awareness on Lassa fever. Get the health system — doctors and other health workers — to practice and abide by infection-control procedures,” he said.

Officials speculate that infection numbers are under-reported, as Lassa fever symptoms such as headaches and joint pain can mimic malaria, a disease that is also endemic in the country.

“Unfortunately, many of the cases were self-managed and not tested at the onset because they thought it was malaria,” Ihekweazu said. “It was until the fever didn’t go that they reported to the hospital. There is a drug for Lassa fever, but it is only effective when taken early.”