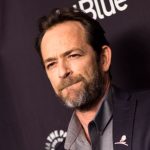 Luke Perry, who was best-known for his long-running role on “Beverly Hills, 90210,” has died after “suffering a massive stroke,” his representative, Arnold Robinson, stated on Monday. He was 52.

“He was surrounded by his children Jack and Sophie, (fiancee) Wendy Madison Bauer, ex-wife Minnie Sharp, mother Ann Bennett, step-father Steve Bennett, brother Tom Perry, sister Amy Coder, and other close family and friends,” Robinson said in a statement. “The family appreciates the outpouring of support and prayers that have been extended to Luke from around the world, and respectfully request privacy in this time of great mourning. No further details will be released at this time.”

Perry, an Ohio native, was one of the early breakout stars from “90210” thanks to his role as Dylan McKay, a latter-day James Dean-type. Though he appeared to be an overnight success, that wasn’t the case.

He got his start in acting after moving to Los Angeles following his high school graduation. In a 1991 People magazine cover story, he revealed he got a slew of rejections when he started out in the showbiz – 216 in total – and he kept each one.

Before landing the role that would make him a star, Perry appeared alongside Bobcat Goldthwait and Alice Cooper in the 1986 music video for Twisted Sister’s “Be Chrool to Your Scuel.” A year later, he finally got his break when he landed the role of Ned Bates on the ABC soap opera “Loving.”

‘This is just awful’: Celebrities react to Luke Perry’s death

Bigger fame came when he was cast on “90210,” a huge hit for the then-fledgling Fox network and a pre-social media, water-cooler sensation that landed its photogenic cast on magazine covers. His Dylan stood out as the knowing, bad-boy loner in a group of fresh-faced rich kids attending fictional West Beverly Hills High, and the character’s romance with Brenda Walsh (Shannen Doherty) gave the prime-time soap some early sizzle.

Perry left the series in 1995 after Season 6, long after it embraced hoary, soap-opera tropes, to pursue other acting opportunities. He didn’t enjoy anywhere near the same success, suffering the downside of typecasting that often accompanies all-encompassing fame, and returned for the series’ final two seasons.

The actor moonlighted in the movie business while making “90210.” His notable film roles include the original 1992 film version of “Buffy the Vampire Slayer,” in which he played the love interest to Kristy Swanson, and a rodeo icon in 1994’s “8 Seconds.” He also voiced roles in cartoons like “The Incredible Hulk” and “Mortal Kombat.”

Perry’s first film role was not one he remembered fondly: 1990’s “Terminal Bliss,” in which he played a less redeeming version of Dylan. It was made two years before he became a star.

As his then-manager, Cyd Levin, told Details at the time, “It was our first film and every actor has to start somewhere. We just wish this one wasn’t the first.”

Not just another ’90s heartthrob: The lasting love for ‘90210’ and ‘Riverdale’ star Luke Perry

In an attempt to escape typecasting after “90210” ended, Perry sought out roles as different as possible, including playing a preacher in the HBO prison drama “Oz” in episodes from 2001 and 2002.

Last week, Perry was hospitalized Wednesday after paramedics responded to a 911 call about a possible stroke at his Sherman Oaks, California, residence.

The same day he was hospitalized, Fox TV announced that it would be running a six-episode return of “90210” that features most of the original cast, but Perry was not among those announced.

In 2016, Perry became a star with a new generation when he signed onto the comic-based CW series “Riverdale,” in which he played Fred Andrews, a candidate for mayor and father to Archie (K.J. Apa).

“I like playing the dad because I like being a dad,” Perry told The Hollywood Reporter in a 2017 interview. And though fans compared “Riverdale” to “90210,” Perry told the outlet he didn’t quite see it. “It’s the story of a ruggedly handsome young man who has to pick between a dark-haired girl and a blond-haired girl, right? That’s where the similarity ends.”

“We are deeply saddened to learn today about the passing of Luke Perry. A beloved member of the ‘Riverdale,’ Warner Bros. and CW family, Luke was everything you would hope he would be: an incredibly caring, consummate professional with a giant heart, and a true friend to all,” the statement read. “A father figure and mentor to the show’s young cast, Luke was incredibly generous, and he infused the set with love and kindness. Our thoughts are with Luke’s family during this most difficult time.”

More: Was Luke Perry too young to have a fatal stroke? Not really

Perry expanded his interests far beyond acting, identifying history as a passion and family a priority.

“When you are younger you can have only work, and I did for a long time,” he told the AP in 2006. “But it doesn’t command my attention that way anymore. A lot of the mysteries and the questions I had about it I’ve figured out, but life offers up mysteries every day.”

Perry’s co-stars and famous friends took to social media to mourn his death. Fellow “90210” star Ian Ziering shared his thoughts in an emotional post dedicated to his late co-star.

Dearest Luke,
I will forever bask in the loving memories we’ve shared over the last thirty years. May your journey forward be enriched by the magnificent souls who have passed before you, just like you have done here, for those you leave behind.

— Ian Ziering (@IanZiering) March 4, 2019
“Dearest Luke, I will forever bask in the loving memories we’ve shared over the last thirty years,” Ziering tweeted. “May your journey forward be enriched by the magnificent souls who have passed before you, just like you have done here, for those you leave behind.”