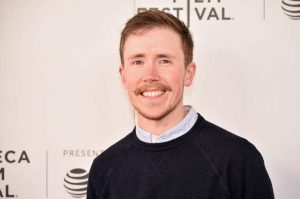 A transgender man who gave birth but did not want to be registered as the child’s mother on the birth certificate lost a legal battle at England’s High Court on Wednesday.

Freddy McConnell, 32, was born as a woman but has lived as a man for several years.

He was biologically able to get pregnant and give birth — and had legally become a man when the child was born in 2018.

McConnell wanted to be registered as the child’s father or parent.

But Andrew McFarlane, President of the Family Division of the High Court, ruled against him.

“There is a material difference between a person’s gender and their status as a parent,” the judge said in his ruling.

“Being a ‘mother’, whilst hitherto always associated with being female, is the status afforded to a person who undergoes the physical and biological process of carrying a pregnancy and giving birth.

“It is now medically and legally possible for an individual, whose gender is recognized in law as male, to become pregnant and give birth to their child.

“Whilst that person’s gender is ‘male’, their parental status, which derives from their biological role in giving birth, is that of ‘mother’.”

Lawyers say the child would have been the first person born in England and Wales legally not to have a mother, had McConnell won.

McConnell’s story was told in the documentary “Seahorse” — a reference to the fish that reproduce through male pregnancies.

McConnell is considering whether to appeal against the court’s decision.

“If it is upholding the status quo then I am really worried about what this means not just for me but other trans people who are parents or who want to become parents,” he said according to The Guardian newspaper, where he works as a multimedia journalist.

“It has serious implications for non-traditional family structures. It upholds the view that only the most traditional forms of family are properly recognized or treated equally. It’s just not fair.”

In 2016 he suspended his hormone treatment after seeking fertility advice and became pregnant in 2017 using a sperm donor.

McConnell’s lawyer Karen Holden said after the ruling: “In the UK he has the right to change his gender on his own birth certificate so why not (on) his child’s?

“Surely if you are going to move with modern times the law has to finish the journey it has started.”