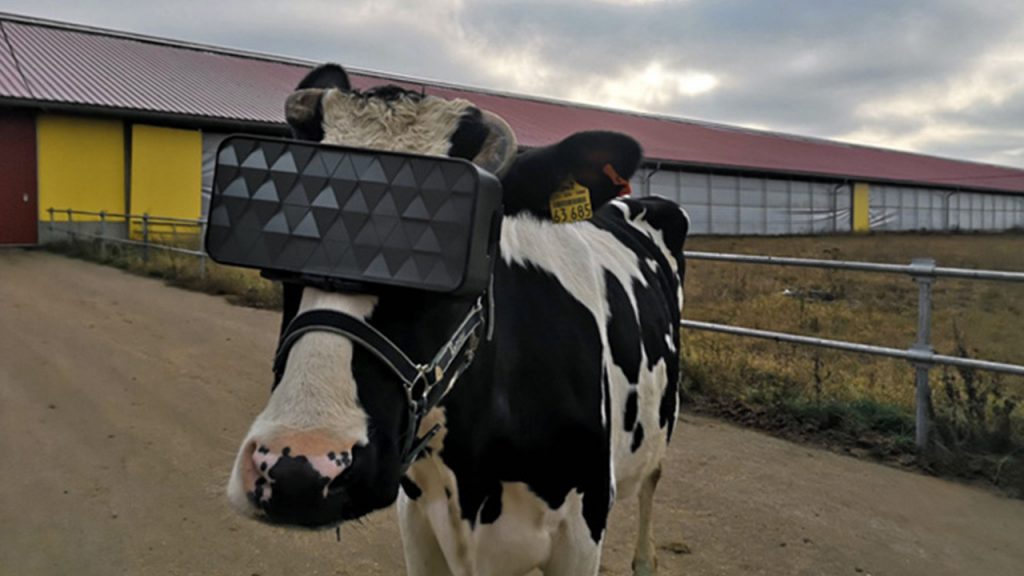 Moscow’s Ministry for Agriculture and Food is hoping some time in a VR headset will lead to calmer cows, which can apparently boost the quantity and quality of a cow’s milk.

How do you get cows to increase milk production? How about a VR headset?

It might sound ridiculous, but as the Moscow Times reports, Moscow’s Ministry for Agriculture and Food is hoping some time in a VR headset will lead to calmer cows, which can apparently boost the quantity and quality of a cow’s milk.

Farmers, developers, and veterinarians worked together on the project, using cattle-vision research to “create unique software simulating a summer field” based on how cows perceive color, the Moscow Times says. Cows perceive shades of red better than shades of green and blue, which helped researchers design an ideal simulation.

Farmers couldn’t just grab a few Oculus headsets off the shelf and head to the barn, though. Veterinarians and consultants adapted human VR glasses to take into consideration the “structural features” of cows’ heads, the ministry says.

After the first trial, experts apparently recorded a decrease in anxiety and a better emotional mood in the herd overall—although the full impact of virtual reality on cattle will have to wait for a more comprehensive, upcoming study.

This is not the only instance where humans have tried to influence cows’ emotional state in order to try to produce more milk: local farmers in Russia and Turkey broadcast classical music to increase yield and reportedly reduce health problems.

It is not the first time that livestock has been placed into a virtual environment, either. In a more depressing use case, an Iowa State University professor suggested in 2014 that farmers place chickens in virtual reality before they’re slaughtered, Vox reports. Called “Second Livestock,” the idea is that a VR experience allows farmers to raise chickens closer together while letting them believe they are living on an open field.