Hoping to bring back feelings of childhood nostalgia this holiday season? If you’re lucky enough to be near one of two cities, you’ll have the chance to go to a Toys R Us store again.

“With a 70 year heritage, the Toys“R”Us brand is beloved by kids and families around the world, and continues to play a leading role in the hearts and minds of today’s consumers,” said Richard Barry, CEO of Tru Kids and Interim co-CEO of the new Toys“R”Us joint venture. “We have an incredible opportunity to entirely reimagine the Toys“R”Us brand in the U.S. and are thrilled to partner with b8ta and key toy vendors to create a new, highly-engaging retail experience designed for kids, families and to better fit within today’s retail environment.”

Two smaller-format, permanent Toys R Us stores are about to open. The first debuts Saturday at Unibail-Rodamco-Westfield’s Garden State Plaza mall in Paramus, New Jersey. And a second will open in early December at Simon Property Group’s The Galleria in Houston.

It marks the Toys R Us brand’s return to bricks-and-mortar retail after the company was forced to liquidate last year, shuttering its entire fleet of stores. Tru Kids, the revitalized brand’s parent company, has since teamed up with Target to relaunch Toys R Us’ website.

“We wanted to make sure that everywhere you turned in the store there was interactivity,” said Richard Barry, president and CEO of Tru Kids, in an interview at the Paramus store. “We have an amazing number of digital experiences throughout the store, but we also have good old analog [experiences]. … Take the products out of the boxes and kids will be able to get their hands on them.”

The Toys R Us location in Paramus spans about 6,000 square feet. It will be staffed with roughly a dozen toy pros, who are trained to test toys with kids and their parents, and help shoppers order items online that they don’t see in the store.

Barry said Toys R Us would take upward of 10,000 square feet per store in the future, as it scouts additional real estate.

“We believe that Toys R Us was renowned, and customers really saw us as the experts in the space,” said Barry. “And we want to make sure we deliver on that, but in a very different way than we were before, because this is a … high-touch, experiential store.”

Tru Kids announced in July that it would be teaming up with software retailer b8ta to open stores again, beginning with two in the U.S. ahead of the holiday season. It’s still planning to open 10 stores nationwide in 2020, which could include a larger New York flagship.

B8ta, which has more than a dozen of its own stores in malls around the country, including the new Hudson Yards in New York, is helping the Toys R Us brand lease out space to various toy brands in the store. It has also installed dozens of sensors in the ceilings of the Paramus and Houston stores that will monitor traffic patterns and shopper cadence, among other metrics, to give brands and Tru Kids feedback on how the spaces are performing.

B8ta’s in-house technology platform, which is also powering pop-up marketplaces within some Macy’s stores, has worked with top toy brands like Lego and Nerf to help them create their own mini boutiques within the new Toys R Us shops.

“As a kid, my memory of Toys“R”Us was running up and down the aisles kicking balls and playing with the coolest toys,” added Phillip Raub, co-founder and president of b8ta and Interim co-CEO of the Toys“R”Us joint venture. “As the retail landscape changes, so do consumer shopping habits. But what hasn’t changed is that kids want to touch everything and simply play. In partnership with Richard and his team, we are excited to bring back Toys“R”Us in an immersive way, focused on creating a fun and engaging experience for kids—and adults, too.”

Here’s a first look inside the new Toys R Us store at the Garden State Plaza mall. 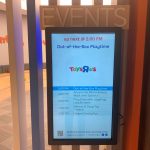 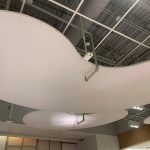 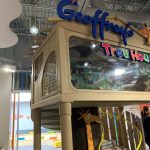 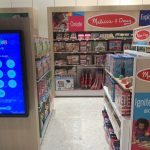 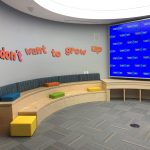 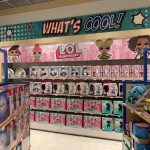 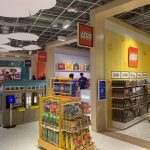 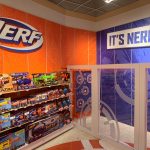 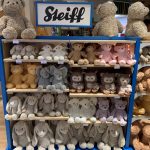