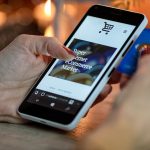 On Thursday, President Trump urged wireless technology companies to step up their efforts to build next-generation data networks, tweeting that he wanted “5G, and even 6G, technology in the United States as soon as possible.” The tweet comes as the United States and China prepare for another round of trade talks.

If you have to ask, you are not alone: Searches for “6G” spiked on Google in the moments after Trump’s tweet.

The short answer is, 6G is likely what we’ll call whatever advanced data networks come after 5G. And 5G is what carriers are currently building as the next generation after 4G LTE. But so far, 6G exists largely as a theoretical concept and is a long way from being deployed in the real world.

“No one knows yet what 6G will entail,” Jessica Rosenworcel, a commissioner at the Federal Communications Commission, said at a wireless industry conference in September. But, she added, she could speculate.

“The sixth generation of wireless service will feature terahertz-frequency networks and spatial multiplexing,” she predicted, referring to the use of short-range, high-frequency airwaves to carry lots of signals over the same bandwidth on a massive scale. Conceivably, Rosenworcel said, a 6G wireless connection might support download speeds 1,000 times faster than the gigabit speeds that some have promised under 5G. All this could require tiny, miniaturized cellular antennas distributed and embedded everywhere in our society.

The International Telecommunications Union, a United Nations body that helps coordinate global telecom issues, currently has a working group studying what a 6G world might look like. But the group’s name — Network 2030 — suggests that a great deal of work lies ahead.

“6G is not defined yet,” Richard Li, the head of the group, told IEEE Spectrum last year. “I’m going to act like a wily fox and let other people define it.”

Qualcomm has said it has begun thinking about 6G, while Finnish researchers developed a concept video in 2017 depicting what they believe 6G could support. It is mostly filled with technology buzzwords and a thumping soundtrack, but it offers a colorful glimpse into the future.

For the moment, wireless companies say they are focused on building out 5G, which is just becoming a reality now. 5G’s ultra-reliable properties and higher speeds are expected to support new applications such as self-driving cars, smart appliances and remote medicine.

“We share the President’s commitment to leading the world in next-generation 5G wireless,” said CTIA, the wireless industry’s main trade group in Washington, in a statement Thursday. “Thanks to the innovation, hard work and investment of America’s wireless industry, the first commercial 5G deployments are happening now, in communities across the country. With the Administration’s continued backing, the U.S. wireless industry can bring more robust 5G networks to more communities faster.”