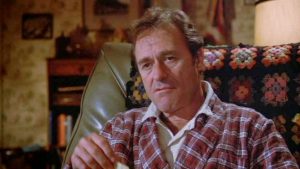 Dick Miller, a prolific screen actor best known for his role as Murray Futterman in the 1984 classic horror film “Gremlins,” has died. He was 90.

With a career spanning more than 60 years, Miller has made hundreds of on screen appearances, beginning in the 1950s with legendary director and producer Roger Corman. It was then that he starred as Walter Paisley – a character the actor would reprise throughout his career – in the cult classic “A Bucket of Blood,” before going on to land roles on projects such as “The ‘Burbs,” “Fame” and “The Terminator.”

In one of Dante’s earlier films, “Piranha,” Miller played Buck Gardner, a small-time real estate agent who’s opening up a new resort on Lost River Lake. The only catch? A large school of genetically altered piranha have accidentally been released into the resort’s nearby rivers. Next up was a police chief role in the 1971 film “Rock ‘n’ Roll High School” before reprising the Walter Paisely mantle as an occult bookshop owner in Dante’s 1981 horror film “The Howling.”

Other notable appearances include the 1986 cult favorite “Night of the Creeps,” where he shared the screen with Tom Atkins as a police ammunitions office named Walt – he supplies Atkins with some necessary firepower fin the face of an alien worm-zombie invasion – and a pawnshop owner in James Cameron’s 1984 hit “The Terminator; the same year he appeared in yet another of Dante’s films, “Gremlins.”

Most recently, Miller reprised the role of Walter Paisely for a final time as a rabbi in Eben McGarr’s horror film “Hanukkah.”

Miller is survived by his wife Lainie, daughter Barbara and granddaughter Autumn.