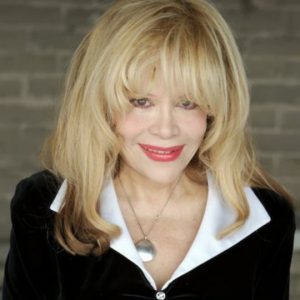 Cuban-born Louisa Moritz, the actress-turned-lawyer who was one of the first of five dozen women who accused Bill Cosby of sexual assault, died Jan. 4 at a hospice in Los Angeles at age 72, her publicist and lawyer said Wednesday.

Edward Lozzi, Moritz’s longtime spokesman and friend, the cause of death was heart failure.

He said she had been ill for about a year, and was recently injured when she fell during a trip to Washington to meet with her lawyer, Joseph Cammarata. He is handling the defamation suit she and six other women filed against Cosby in federal court in Massachusetts in 2014.

“She aged a lot in the four years since the Cosby thing. I’ve never seen such a decline,” said Lozzi, who described Moritz as a longtime “holistic health fanatic.” He said she also “was going on auditions right up to the end, until about two years ago.”

Cammarata said Moritz was a “brave woman who stood up against a powerful Hollywood icon.” Moritz was one of 35 Cosby accusers who were photographed for a dramatic cover of New York magazine in 2015.

He said she joined the defamation suit “in an effort to restore her good name and reputation, after (Cosby) publicly branded her a liar when she made public her allegations of sexual abuse and assault,” Cammarata said in a statement.

“Despite her death, her claim against Mr. Cosby will continue. … We look forward to a resolution of the case that will establish that Louisa was a truth-teller, so that her legacy will live forever untarnished.”

Before her death, “Louisa was elated that the suit was going to go forward,” Lozzi said.

Moritz came forward in November 2014, soon after multiple accusations of sexual misconduct began emerging against Cosby. She said he forced her into oral sex in the dressing room of Johnny Carson’s “The Tonight Show” in 1971.

After Cosby and his lawyers denied the claims of multiple women, including Moritz, Cammarata and his clients argued that Cosby in effect had labeled them liars by denying their allegations.

The defamation lawsuit, one of several against Cosby, is pending. Cosby was convicted of three counts of sexual assault in Pennsylvania last year, was sentenced to three-to-10 years in prison, and is in a state correctional facility while he appeals his conviction and sentence.

Moritz was best known for her role as Rose the hooker in the Oscar-winning “One Flew Over the Cuckoo’s Nest” in 1975, but she had a long list of credits dating back to the 1960s, about 10 years after she arrived in America from Havana as Louisa Castro.

After spotting the St. Moritz Hotel in New York City, the “blond bombshell,” as she was frequently described, decided to dump her last name, as it was too much of a reminder of her distant relative, Fidel Castro, the revolutionary Cuban leader she had fled the island to escape.

She made her acting debut in TV commercials and her film debut in the lead role of the young prostitute Carmela in “The Man from O.R.G.Y.” in 1970. After that she scored a steady stream of film and TV roles, including appearing with Sylvester Stallone as Myra in “Death Race 2000,” and as Officer Gloria Whitey in Cheech & Chong’s “Up in Smoke.”

She also appeared on major TV comedies and dramas, such as “Happy Days” and “MAS*H.,” and was a regular on “Love, America Style,”

Although she often played a ditzy, good-humored gal in her various roles, she was anything but dumb: An accountant in Cuba, she later got a law degree in Los Angeles, and was top of her class in law school, Lozzi said. Even while continuing to act, she worked as an attorney in southern California until she was barred from practicing law because she failed to file quarterly reports on time.

She played classical guitar and wrote music, she sold and invested in real estate, and she bought a hotel in Beverly Hills that she renamed the Beverly Hills St. Moritz.

“She was so full of life, talent, and she was a genius with a sixth sense for making money,” Lozzi said. “Her parties … in the 1980s were wild and popular with actors, producers, models, makeup artists, set directors, stuntmen.

“Her hundreds of TV and film roles will keep her memory alive with her fans forever. Her support of other women who accused Bill Cosby of rape will keep her with us for years to come,” Lozzi said.