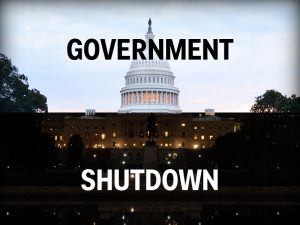 Social Security, Medicare, and Medicaid are set to keep functioning.

It’s official: the government is now in a partial shutdown.

Because many agencies have already been funded, only about a quarter of the government is affected, unlike previous wholesale shutdowns in January 2018 and October 2013. Still, hundreds of thousands of employees are expected to be furloughed and will likely receive back pay after the fact. Some services are set to come to a halt, and others will be cut back.

Here’s a rundown of some of the things that will and won’t be impacted by the partial shutdown.

What’s Still Running:
Since roughly three-quarters of the government has been funded by existing bills, many services are set to remain intact. Other programs that have been classified as “essential” will keep running as well.

The US Postal Service

What could be affected by a partial shutdown

Every agency has its own contingency plan set up in case of a shutdown, and there are a couple bodies including the IRS and National Parks that could see some pauses or breaks in service. Additionally, the president has the ability to determine whether any service is “essential” or not — so it’s possible he could try to shut down a key government function like air traffic control if he really wanted to make a point.